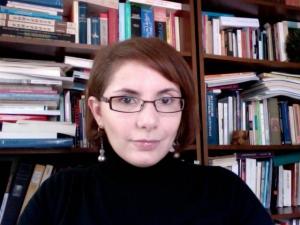 I earned my Ph.D. in Hispanic Languages and Literatures from the University of California, Berkeley, where I specialized primarily in 19th-century literatures and cultures of the Hispanic Atlantic.  I am currently serving as co-chair of the Nineteenth-Century LASA Section (Latin American Studies Association). Besides the Romance Languages Department at the UO, I am participating faculty in the Latin American Studies Program, New Media and Culture Certificate, and COLT.  My teaching and research interests include critical time studies, new media theory, material and print culture, postcolonial marxism, and economic criticism. I am interested in understanding the multiple connections between time and temporality, and the constitution of space, affect, subjectivity, art, and politics. My research reflects on the multiple ways in which time underpins our epistemological frameworks, as I believe that claims upon power, individual political agency, and possibilities for social change are undergirded by configurations of time and temporality. When we talk about the environment, modern urban planning, capitalism, neo-liberalism, forms of labor, forms of leisure, fashion, colonialism and neocolonialism, we are always ultimately talking about our understanding of time.

In my book manuscript–Chronopolitics. New Media, Periodicity, and Seriality across the Atlantic, 1750-1880–I offer an examination of the links between material culture, media, and temporality by situating the production of periodical literature in print as a new representational medium within the transatlantic context. I identify this as part of what I call a culture of periodicity, located at the intersection between nation and empire. The book promotes a transoceanic analysis of nation and empire as well as a transoceanic concept of periodicity. By engaging the intercultural complexity at the core of periodical literature (almanacs, ephemera, pamphlets, manuals, serialized literature), I question critical perspectives centered on the book, in particular, those that privilege foundational fictions linking national literatures to the patriotic action of a singular masculine author. Contrary to being an uncorrupted instance, prior to the advent of mass culture, I posit the culture of periodicity as a constitutive element of modernity in the context of a Hispanic Atlantic space. The book identifies a series of changes in the understanding of time and the notion of futurity and shows how the aesthetics of seriality became embedded within epistemological changes. I claim that the intersection between (horological and timekeeping) technology and temporality impacts the aesthetic production of  “time perceptions”, with a particular focus in each chapter: deferral, belatedness, slowness/lateness, the untimely, anticipation, and idleness.

I am currently researching two new projects. The first one, Scrambled messages: telegraphic poetics and the new Atlantic language, examines the role of materiality in the potential for telegraphic miscommunication. By showing how the rhetoric about the telegraph during the turn of the century brought unprecedented attention to the materiality and contingency of signification, I claim that it opened the way to the development in the 1920s and 1930s of what I call “telegraphic poetics”. This plays a crucial role in the genealogies and archeological layers conditioning territorial politics, notions of embodiment, and transformations in the poetic constitution of the self in Latin America. The second project, investigates the relation between Hispanic modernism and “commodified authenticity”. This is a study of affective and aesthetics experiences in relation to the uses of photography.