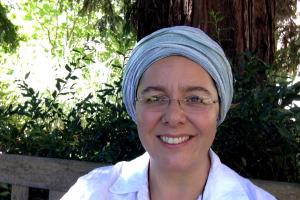 Harinder Khalsa has been teaching Italian at the University of Oregon since 1993 where she started as a graduate teaching fellow. Her passion lies in keeping language learning fun, interesting and meaningful for all generations of students through research in pedagogy and advancements in technology. In her classes she seeks to create a community of learners who are able to recognize where they are with their language skills and their understanding of culture; and working on improving upon them day-by-day. Her main interests are integrating information technology in the classroom and outside, curriculum development and assessment. Recently she also started teaching her native language, Turkish, as part of the UO Yamada Language Center’s Self Study Language Program and is the coordinator of the same program.

Harinder is the 2015 recipient of the Thomas F. Herman Award for Excellence in Pedagogy. She served as an academic advisor for undeclared undergraduate students. She served on the UO Senate NTTF Committee 2005-2007,  UO Senate 2009-2013, UO Senate Executive Committee 2010-2012, UO Senate Committee on Committees 2012-2015 and is currently an elected member of UO Undergraduate Council and a member of RL Undergraduate Committee. She is also a co-convener and a member of the steering committee of the UO Language Council, a large group of faculty, administrators and students dedicated to the advancement of language studies at the University of Oregon.