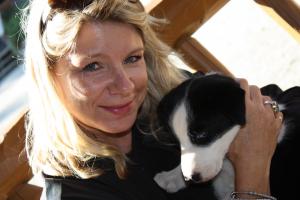 The history and representation of Anti-Fascist resistance in Spain and France, Holocaust and Trauma Studies, representations of pain and torture, contemporary Spanish literature, politics and culture, autobiographical studies, gender studies, oral history, and Communist studies, documentary photography and film. I am writing a book about Spanish Anti-Fascist women, Voices of the Vanquished, Spanish women on the Left Between Franco and Hitler. This project has been supported by an NEH. My newest projects involve 1) the murder of Leon Trotsky and  2) the history and representation of Spain, WWII and Holocaust in a collection of interdisciplinary essays I am co-editing with Sara Brenneis (Amherst). I am also co-editing with Isabel Jaen Portillo a collection of essays on Hispanic cinema based on the Cine-Lit Conference of 2015. the first English language volume on the work and life of Jorge Semprún. I also write and teach about the Spanish Civil War, the contemporary historical novel in Spain, Spanish political culture, particularly Communist culture and its expression in autobiographical texts. As a trained oral historian I am working on a major oral history project about leftist women in the civil war and Franco's penitentiary system.

The films of Almodóvar; Holocaust Writers in the Romance World; Afro-Latino Encounters; Torture in Spanish Literature and Film; Women in Franco's Spain; Theories of the Novel: Realism and History in the 19th and 20th Century Spanish Novel; new courses on politics of memory, Buñuel, contemporary Spanish cinema, class and gender in Galdós; Film Sex Aesthetics; Gender and the Holocaust; fetishism and the novel.

The Longest Resistance: Anti-Fascist Women between Franco and Hitler. In Progress. Granted NEH for 2017-18

A Critical Companion to Jorge Semprun: Buchenwald, Before and After. Eds. Gina Herrmann and Ofelia Ferran.  Palgrave 2014.

Written in Red: The Communist Memoir in Spain. U Illinois Press, 2010.

Earlier articles include subjects such as Franco's mass graves, Spanish and Catalan documentary, Holocaust photography rescued by Catalan communist survivors of Mauthausen, Gendered Experiences of the Holocaust in the Romance World, representations of torture, prison testimonies.

National Endowment for the Humanities 2017-18