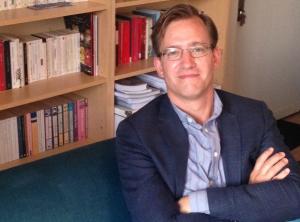 Cory Browning completed his PhD in Romance Studies at Cornell University. Cory’s research focuses primarily on nineteenth-century French literature, but he also works on eighteenth and twentieth century French and Francophone literature, aesthetics and politics, and the fledgling field of terrorism studies.

He is currently working on a manuscript that analyzes the French Revolutionary Terror and its “restagings” in French Romanticism, the advent of avant-garde theater and anarcho-terrorism in the wake of the Paris Commune, and the Algerian War. Recasting Marx’s observation that humanity makes its own history but under conditions handed down from the past, this project strives to apprehend the multiple ways the Terror has shaped how we think and practice both literature and democracy.

He has also completed a Masters and done research at the Université de Paris 8, working extensively on Charles Baudelaire and Stéphane Mallarmé. His next projects include investigations into terrorism and contemporary critical theory and a study into the aesthetics of the cliché in Gustave Flaubert.